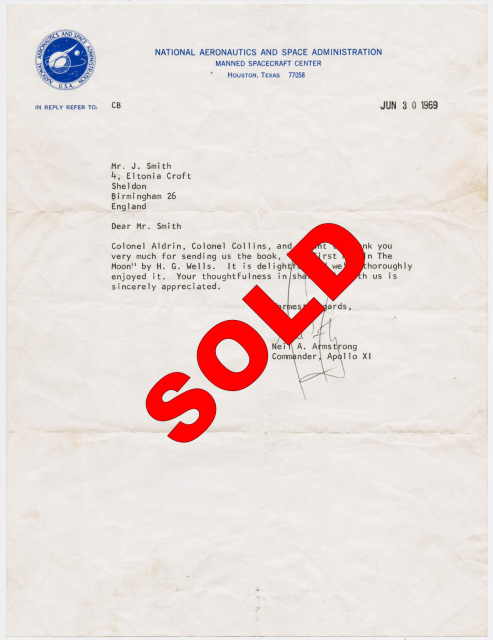 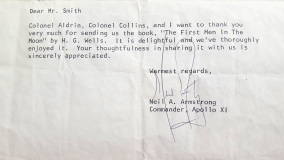 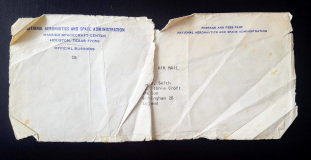 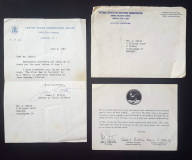 Neil Armstrong, a very desirable TLS on NASA letterhead, June 30, 1969. Letter to J. Smith, in full: "Colonel Aldrin, Colonel Collins, and I want to thank you very much for sending us the book, 'The First Men In The Moon' by H. G. Wells. It is delightful and we've thoroughly enjoyed it. Your thoughtfulness in sharing it with us is sincerely appreciated." Armstrong and the Apollo 11 mission would launch from the Kennedy Space Center on their historic mission less than three weeks after this letter was sent (July 16, 1969).

​In very good condition, with intersecting folds, and moderate overall creasing. Accompanied by the original NAA mailing envelope and a letter of transmittal from the United States Information Service, American Embassy in London, dated June 9, 1969, in full: "Ambassador Annenberg has asked me to thank you for your letter of June 2. I have forwarded your letter and the book, 'The First Men in the Moon' by H. G. Wells, to Astronaut Armstrong at Cape Kennedy, Florida." Also accompanied by an Apollo 11 appreciation card and a missive from the Letters Editor of the New York Times, dated July 31, 1969. 8 by 10.5 inches.