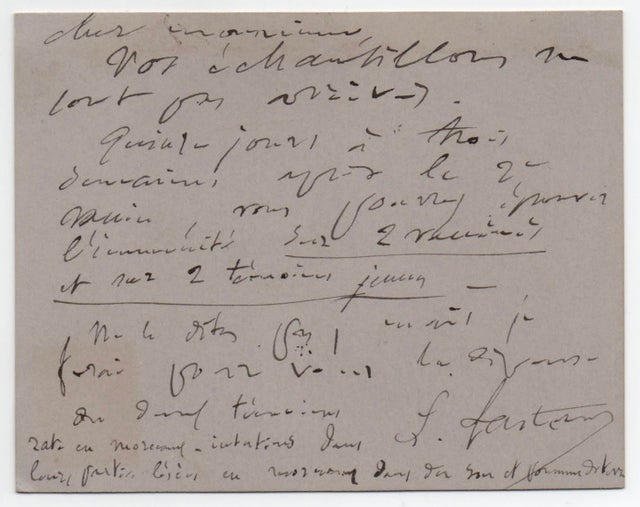 An important scientific ANS written by Louis Pasteur to the veterinarian Achille Maucuer, in which he discusses the use of one of his vaccines. One page in French, measuring 9 x 11.5 cm. Pasteur No date, but likely 1888. Translated in full:

"Your samples haven't arrived. Fifteen days to three weeks after the 2nd vaccine, you can test immunity on 2 vaccinated people and 2 young controls. Don't say it, but I'll give you the answers of both witnesses. L. Pastor.

[postscript] Spleen in pieces - incubated in their injured parts in bran and potato."

Louis Pasteur was one of the most important scientists of the 19th century and his discovery of the chicken cholera vaccine and subsequent inoculations for anthrax and rabies, revolutionised work in infectious diseases. He's often referred to as the "father of microbiology".